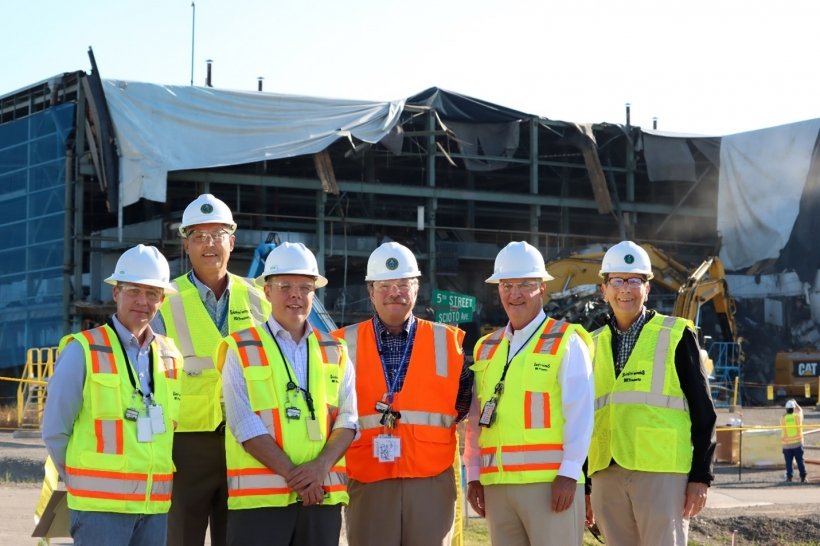 PIKE COUNTY, Ohio – DOE Acting Assistant Secretary William “Ike” White visited the Portsmouth Site last month to get a firsthand look at demolition and disposal progress as part of the ongoing decontamination and decommissioning of the site.

Structural demolition of the X-326 Process Building, the first of three former Portsmouth gaseous diffusion process buildings to be demolished, began in May. The building is massive, nearly a half mile long, requiring significant deactivation to remove the majority of hazards before being declared safe for demolition in late 2020.

Debris and rubble from the demolition is safely transported to the newly constructed On-Site Waste Disposal Facility for final disposition.

“From the co-located monitoring system and wind speed limits that incorporate regulatory and public noticing to the very specific procedures for transporting waste to the on-site disposal facility, controlled demolition at Portsmouth continues with a premium on protectiveness,” White said. 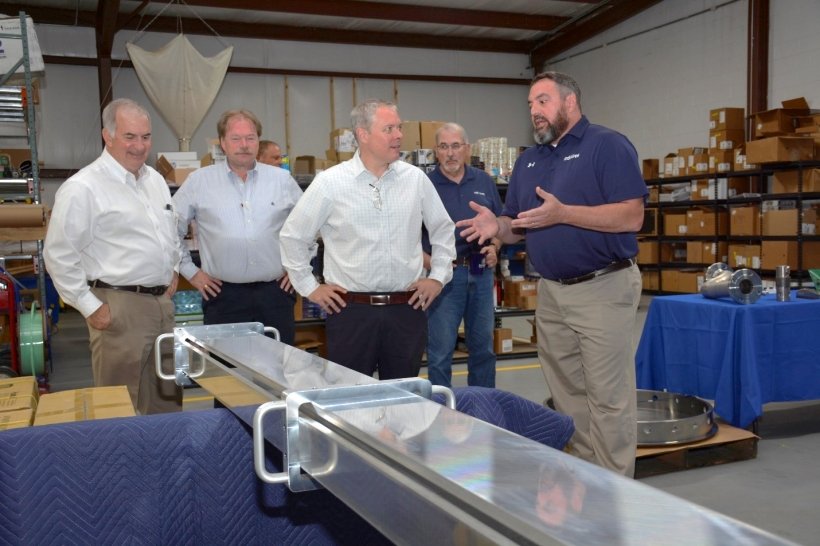 During the Portsmouth visit, White and other DOE officials met with contractor management, union leadership, the Southern Ohio Diversification Initiative, and members of the Scioto Valley-Piketon Area Council of Governments, a local group representing the community, to discuss the latest project progress.

“My visit enabled me to see the important work underway at Portsmouth firsthand, understand the safety measures in place, and meet with the community to hear their perspectives and concerns regarding the work at Portsmouth,” White added.